Live lighting is making more appearances in an increasing range of performances and show types. Put the edge back in your lighting design with the fear of uncertainty.


Before tiny electronic lighting controls and predictable fade times, the theatre world relied on the physicality of men in coats pulling levers, twiddling dials and a direct connection between them and the light seen on stage. The reason that early modern lighting consoles looked suspiciously like they were based on a pipe organ, was that the real time connection of an lighting technician and his lights was highly regarded. 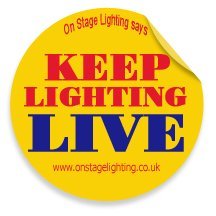 Along came the predictability of electronic systems and the growth of the international lighting designer, and lighting in the mainstream theatre became a “set and forget” gig. LXQ2 Go just as x moves to y, 3 seconds with a 1 second follow on, DSC special at 33.3%. The Director and Lighting Designer wanted to know that the vision they had worked so hard to create would not be messed up by mere operators. Many theatre shows today still run under such factory default conditions, it manages the risk of unpredictability.

As concert lighting has grown up and commercial lighting for all kinds of live events has become a job for many, the old direct connection between an LD and his illuminating proteges has returned. The time and planning restrictions on many shows (particularly one offs) has meant that creating lighting “live” is even more the fashion.

This is great, not because running a show with no rehearsal and a similar quantity of information is apparently cheaper, but because stage lighting is an art that shouldn’t stop just because the punters are in.

I enjoy playing music and was trained read the dots at an early age. But there was a recurring theme in my young musical career that was a clue to my future love of lighting shows live. “Robin, that sounded nice but half of what you played isn’t on the page and you stopped looking at the music after the first eight bars”. Apparently, “making it up” is not main part of the traditional musical education so passing grade examinations took a back seat while I got interested in improvised music such as jazz.

We are taught that it is better to have live musicians in the pit (and not just by the landlord of the pub next door), live dancers, live actors and a sound mix that is presided over by a real human. Well, a sound engineer anyway. Keep it live, they say!

So why is so much stage lighting taken from the artist and given to the lighting equivalent of a backing track?

Before a recent concert we were focussed up, paintbox programmed and ready to go. While the stage sat empty, doors closed, waiting for the evenings performance, I was asked “Let’s see what you’ve got then?”

A simple enough question and one that is often asked of a Lighting Designer by Directors, Producers and other associated bill payers. What lighting have you got for us today? Just give us an idea, y’know, whistle a few bars or whatever. This question seemed inappropriate for a live show that was about to happen, we had never done the show before and would never do it again.

The question jarred because:

Now, I am not an overly sensitive artistic type, but it struck me that you don’t wander up to the Courtney Pine and casually wonder what notes he might be using today. I don’t suppose many people asked Monet for a peek in his paintbox, to see what colours he had mixed up.

The innocent question received the usual pushing up of faders, lighting the backdrop and cheery chat about what kind of show it might be tonight But it started me thinking about my favourite approach to lighting and the parallel with live artists such as those playing improvised music.

Lighting is a creative outlet and doing it live can build an interaction between performers of a show both on stage and those of us in the dark. As a jobbing lampie, a lot of events can sometimes seem mundane – light the stage, change the colour, look out here comes a big flashy bit. It is surely a lot less mundane that pressing Go at exactly the same time 3 times a day when someone else tells you to. Perhaps the reason I was drawn to events over theatre was the same reason I never really got interested in sight reading music – it seemed like the difference between a riffing comedian on song and a TV presenter grimly plugging away at the autocue.

Live show lighting moves a large chunk of the creative process from the pre show and technical period of a production and drops it slap bang in the middle of the show itself. Modern lighting equipment and control systems allow for even more interactivity than levers and a bit of wood ever did, so why not use all that power? We’re not talking about taking your own cues and firing off pre recorded looks but actually deciding on, balancing and changing the lighting right here, right now.

The trouble with leaving the design process so late, is that other people don’t like it. “What’ve you got for us today, then?” “Er, well I’ve mixed up my paints, cleaned my brushes and when we get going you can have a look.” It’s too risky.

If you work backstage, you don’t need the attention of a crowd or applause for your performance – hell, you probably don’t feel the need to earn much money! The job satisfaction of being part of a show is your own personal, real time input to the moment, not just pressing a button like Pavlov’s dog in show blacks.

So take a break from thinking in Cue Lists and start thinking of yourself as a “stage lighting performer”.  Join the campaign around the slogan Keep Lighting Live!

Take to the streets and burn your show disks.

Do you enjoy lighting shows live? On Stage Lighting has a few articles lined up on the basics of creating live lighting including rig design and use of the lighting console as a paintbox. Let us know your thoughts in the comments as usual.

Update://  Hat tip to OSL reader Carlos who reminded me of  work by Nick Hunt.  Nick wrote a paper in 2001 it’s well worth the short read.

Image with apologies to the Musicians Union.