Many On Stage Lighting readers are young aspiring lighting designers, keen to get into the industry and begin their journey to the top of their chosen profession. In this guest article, Lighting Designer, Author and all round stage lighting guru Richard Cadena tells it like it is.

How do I get to be a top lighting designer, then? 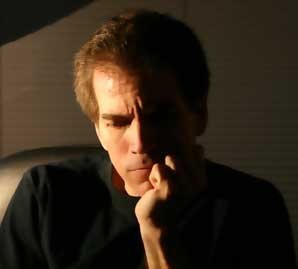 One of the most common questions I’m asked is, “How can I get into the lighting industry as a top lighting designer?” or something similar. It always reminds me of the punch line, “I don’t have to outrun the lion; I only have to outrun you.” (Oh, come on! Don’t tell me you’ve never heard that joke.  OK,  it’s at the bottom of this page)

But in this industry it’s not a lion that’s chasing us; rather, we’re chasing the lion and we have to outrun everyone else in the industry if we’re going to catch the prized position. If you want to be the one that chases down the king of all lighting positions, you’ve got to be prepared to put in some extra effort to prepare for a long chase. Here are some of the things you need to know.

That’s good because most people I know in this industry who are over 30 years old are trying to figure out how to come home off the road without giving up the salary to which they have become accustomed. And most people I know under 30 who want to be in this industry are trying to figure out how to go on the road and earn the kind of salary to which those over 30 have become accustomed. It’s a cruel trick of nature but it’s for your own good. If you knew what you were in for you might not be so anxious to go on the road. I won’t bother to tell you about all the missed birthdays, weddings, funerals, holidays, first baby steps, new teeth, broken arms, tonsillitis, first days of spring, report cards, quiet nights home with the family, not-so-quiet nights home with the family, graduations, and beautiful sunsets because you won’t listen anyway.

You don’t know how good you have it

Back in the day, there was no such thing as off-line editors, visualizers, the internet, social networking sites, smart phone apps, online user manuals, specialized books on stagecraft, lighting design software, or computers, for that matter. Nor was there Starbucks, Red Bull, cell phones, iPods, MP3s, or noise-cancelling headphones. We were lucky to have airplane travel and land lines. But here’s the reason I bring this up. There are lots and lots of resources to help you make your way up the industry ladder. All you have to do is put down your Wii, Nintendo, television remote control, and your texting down long enough to put the ladder against the wall and start climbing. Spend some quality time putting your brain in overdrive and learn the stuff. But don’t expect it to happen overnight. I hate to be the one to break it to you but it takes a lot of time and a lot of effort to master the fine art of being a master.

It takes more than automated lighting and a console, and less money than you think to create compelling lighting

Just because you can lay out dozens of automated lights, call them up on a console and record a scene in a console doesn’t necessarily make you a good lighting designer. The best lighting designers are the ones who can make a piece of wire, some gaff tape, and three sheets of gels sing like a songbird without resorting to the use of an effects engine. How do you think the great masters did it before the days of automated lighting? I’m not talking about the Beatles and the Rolling Stones, I’m talking about Renoir, Van Gogh, Monet, and Rembrandt. They did it all with shadow, light, and color. No effects engine required.

Half the job is knowing how to get along with people, half is showing up on time, and the other half is bringing a great attitude. You don’t even have to know much math.

The times when it’s okay to take chances include: moving to a different city to be close to production centers like London, New York, Paris, Chicago, Dallas, Munich, Los Angeles; taking on a project that requires you to stretch your skills and imagination; peppering the industry with resumes; asking a local production company if you can train on their console in exchange for sweeping the floors. The times when it’s not okay to take chances are when someone can get hurt: climbing without a harness on and clipped in; lifting a safety ground in an electrical system; rigging heavy objects over people’s heads if you’re inexperienced… You get the drift.

If you really enjoy what you’re doing it shows and it’s contagious. Then people want to be around you and they’ll call you back again when they’re putting together their next crew list. You’ll be even happier when that happens and it turns into a vicious (but happy) cycle. If you don’t really enjoy this business then do us all a favor and get out. Chances are you won’t be making a terrible financial decision.

Richard Cadena has been in the lighting industry since the time of the bag phone.

He is the author of Electricity for the Entertainment Electrician & Technician

(which is also available at in the US at Amazon.com

) and Automated Lighting: The Art and Science of Moving Light in Theatre, Live Performance, Broadcast, and Entertainment

(now in its 2nd edition) (Also available in the US at Amazon.com

As an ETCP Certified Entertainment Electrician and an ETCP Recognized Trainer he conducts seminars about electricity, power distribution, and controls. He is also the editor of PLSN magazine and he has missed his share of weddings and funerals due to circumstances beyond his lighting control.

Two guys on a photo safari in South Africa far from their vehicle or shelter with no means of protection. All of a sudden they realize that a lioness has crept up behind them unexpectedly and that they are in grave danger of being attacked. One of them immediately takes off his safari boots and starts to put on some trainers.  The other says  “Are you crazy? That’s just a waste of time – you’ll never outrun a lion.”