So you have a projection project and a deadline AND a budget? Didn’t pay as much attention in the video class? Fear not! A solution is here….Video Signals for Dummies – from On Stage Lighting.

There are a great number of factors when trying to spec and pull off a successful video presentation, but like all things in our business, break it down in to it’s component parts and it will be manageable (pun intended for the vidiots).

In this guest post by  projection professional Jeff  Gooch over at ProjectionFreak.com, we start to get our heads around things us lampies may have managed to avoid so far – media and video.  Lighting and projection were often the domain of the lighting designer, especially in theatre and the work of pioneers such as Richard Pilbrow. While video projection has become a specialist job with dedicated technicians,  the convergence of digital media and lighting has brought new skill requirements for those of us who used to spend most of our day “focussing” PARcans with an extended stage brace (don’t worry, I still do that too!).  The first hurdle to get over when dealing with vision is simply the different signals and connectors used.  Help us out here, Jeff…..

I tell my students a general rule of thumb is this: IMAGE Acquisition, PROCESSING, and OUTPUT with the following graphic: 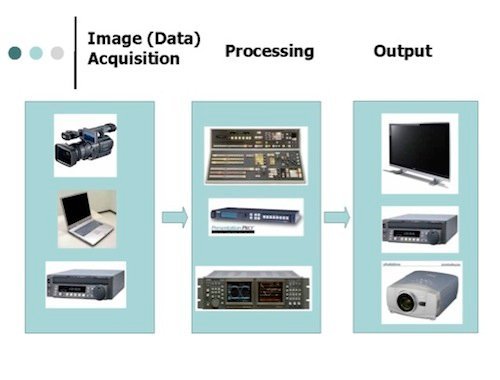 Consider what gear is in each category:

All the different pieces of gear in the bookend categories are all going to have different resolutions and different capabilities. PROCESSING is where we want to equalize everything to hopefully make the output to the display the highest possible quality.

Regardless of the equipment you use, a basic understanding of the connections,cables, and the signals that are carried down them is a great starting place to understand video signals a little better. Let’s now consider basic video signals first- from lowest quality to highest- and their connections: 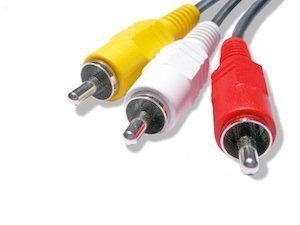 Composite is a signal that travels down a single conductor (shielded) cable. It is all the video information “composited” to one signal, that is, color, sync, and brightness. It’s usually the single, yellow RCA (Phono) connector on the back of the TV or projector. This type of connection, while still in circulation, is rapidly disappearing as it has no support for HD, unplugs easily, and has no audio path (although it is commonly used as an unbalanced audio connector). Composite is usually carried down single BNC connectors as well. 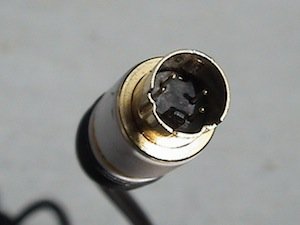 Y/C- or “S” is the video signal divided into two separate paths, Y (or Luminance/white level) and C (Chrominance/color). It’s a generally flimsy connection that is rapidly disappearing as a standard on TV’s, projectors, and cameras. Y/C cable is usually 2 conductor, shielded, with 4 pins on a Mini-DIN connection, and limited in length. Y/C cable has no support for HD or audio.

RGB (and all it’s variants RGBS, RGBHV, and RG&SB) flavor is an acronym for Red, Green, Blue, meaning the signal has been split into separate paths for each color.  This is an analog signal but it is capable of HD resolutions for everything from 480p to 1080i (1080p is not supported), but the color depth has no real limit.  It does need an extra channel for sync though,
1. composite sync- where the horizontal and vertical signals are mixed together on a separate wire (the S in RGBS)
2. separate sync- where the horizontal and vertical are each on their own wire 3. (the H and V in RGBHV)sync on green- where a composite sync signal is overlaid on the green wire (SoG or RGsB)

It’s carried on 3, 4, or 5 conductor cable, shielded and can be terminated in RCA or BNC. Many projector manufacturers will use a DSUB15-to-BNC breakout to accomplish this. 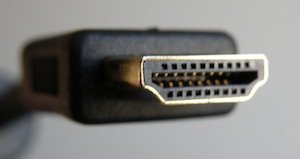 SD-SDI and HD-SDI are acronyms for Standard Definition (or High Definition) Serial Digital Interface and represent the holy grail family of signals. These signals are outlaid in SMPTE 292M with a nominal data rate of 1.4 Gbit/s for single link. It’s faster cousin, Dual Link (outlaid in SMPTE 372M) has a nominal data transfer rate of 2.9 Gbit/s. There’s a single link version of this out called 3G (as if we haven’t heard enough of that acronym…).  These types of signal are used for the transmission of uncompressed, unencrypted digital video. It’s extreme speed is unfortunately limited to distances of 300m or less (without signal re-clocking). They’re usually carried down Single conductor RG-6 cable or better and terminated with a BNC connector.

In all cases, quality is paramount. Does this mean you have to go broke buying ridiculously priced cable? No. As in all things, shop around, ask questions, read the data sheets of reputable manufacturers. You’ll learn everything you need to know.

To add to the confusion, industry has a habit of referring to VGA cable / VGA connectors when referencing one particular system of  moving video signals around, often from a computer output to a projector or monitor.  Let’s just clear something up.  While it may be in common usage and I myself am guilty of this, the trapezoidal 15-pin connector often called VGA is actually a D-Sub 15, Jeff used it’s name in the article above.  It’s not a VGA connector.  If that wasn’t enough misnomers for one day, the output resolutions commonly used in this system  are also not actually VGA – being often XGA or UXGA.  Next time you  are sent to get a “VGA cable”, keep your mouth shut and remember that no one likes a pendant.  Just sayin.  😉

Thanks, Jeff!! Don’t forget to head over to ProjectionFreak.com and check it out.

Following a cheeky request  from me, Jeff has also created a really straightforward video tutorial on the basics of setting up a projector. Here it is.