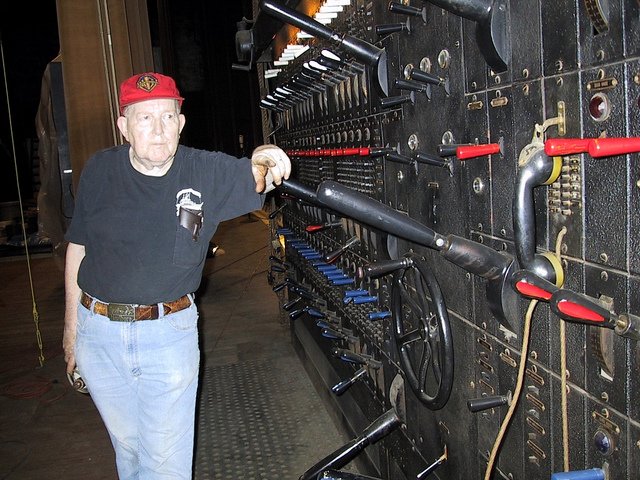 In search of the Ultimate Busk File, On Stage Lighting asks if this is even a thing.

With the summer festival season full swing, stage large and small pop up and down while Lighting Designers and Techs go from gig to gig, preparing for and running stage lighting busk files. Wouldn’t to be great if there was an Ultimate Busk Setup base setup that shipped with every desk and you could select an option to get it running during patching? Just click “Yes, give me the Ultimate Busk mode” and I can do a quick rig check and get going. The LD for the next band heaves himself into the FOH Tower, asks “Are you running the UBS?” and with a nod you can leave him to get on. Imagine a pianist asking “is it the standard keyboard layout” when they turn up to soundcheck the Steinway. “Sure, mate. All the right notes, definitely in the right order.”

I teach some online busking stage lighting courses and a common thing for learners to ask is “what would be in your ultimate busk file?”. They then ask about different strategies for laying out stacks, palettes and playbacks in a theoretically perfect setup that would work in all situations. We even used a similar here a while back, although this was a way to start thinking about different techniques within a series of forced restrictions and teasing out a minimum set of controls. 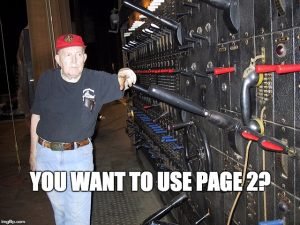 Arguably, there are a bare minimum requirements for a reasonably flexible busk file. The ability to deal with fixture selection, Intensity, Colour, Beam and Position plus some form of flexible approach to dynamics (Int, Col and Position at least) using FX. You could probably strip out Beam all together and still have a workable file. You probably couldn’t do the whole show in Open White without someone asking questions.

However, you could probably get away with a minimum four options for each attribute family and four FX and still be able to produce good shows. In fact, I think it’s often optimal to have fewer things to get lost amongst in order to produce good busked shows. I would call this the B.B King approach to busking and those that know who he was will probably instantly know what I mean. B.B King was a legendary blues guitar player who pretty much played one or two notes 80% of the time – but what notes!  The right notes, in just the right places.

But Minimum Busk File isn’t what is meant by the word “ultimate”, and this is where I think we have a problem. Fact is, there is unlikely to be an “ultimate” anything other than that which is optimal for you and the rig at that moment. There are too many other factors:

There are many more micro factors here too but in a festival environment, none of the above are common enough between different stages and different operators. The thing about a Steinway is that it is self-contained, each key only does one note and the rest is up to the human at the other end.

When busking lighting, we often have even fewer keys (unless you happen to have endless fader/executor wings) but a fairly limitless array of possibilities of what each one can do. This is before we even get to the question of layout!

Looking at the above list, you can perhaps see situations where it is be easier to create an “ultimate” busk file. Somewhere that not all four things don’t change as much as they do between festival stages. A venue/club with a reasonably fixed rig. Often one that has a small pool of operators who are familiar with the busk setup and have honed it down in a way that suits them and the venue.

There is a risk to creating this level of ‘ultimate-ness’, though. It’s not unheard of to turn up to a club with a personal busk setup so finely honed and complex that it is next to impossible for a ‘walk-up’ LD to use.

“Hey, yeah, I know it says Steinway on it but I’ve tweaked some things around so I can do really cool stuff much more easily. All the black notes are in 4ths and that little section of 8 white notes is basically F# minor, the rest run in reverse chromatic order starting on the right, while the two notes right in the middle are the same E3.”

This brings us on to the other side of the Ultimate Busk File which is the optimal busk setup for the incoming LD . This has become common with the use of Morphing and Cloning techniques and portable LD/Owner desks. Who cares that you set up your piano differently to everyone else? You can just take it with you and integrate it with any stage you arrive at. With more affordable visualisation tools, no longer do you have to patch a large number of dummy heads for when you hit that ‘big’ rig or sit in the warehouse with one spot and one wash trying to work out your palettes for every single fixture type you’ll encounter this summer.  “Take two show disks into the tower?  Not me, I just Morph ‘N Go.”

Having spent years researching busk file setups, I have come to the conclusion that there there is no single ultimate busk setup but that it can be helpful to think in terms of Minimum functionality. What things can this file absolutely not do without? A Minimum Viable Product (MVP) in terms of busk file.

Any optimal busk file is also well labelled and easily understood and used by anyone with a some basic learning in busking setups.

It wouldn’t take too many additions to the current functions of pro lighting desks to be able to pull this Ultimate busk file up at a moments notice, labelled and ready to go. In fact, at least half of it is already there in Auto Groups / Palettes (Auto Menus or other terms, depending on the platform). However, with the current trends mentioned above, it seems unlikely that some kind of ‘factory default’ busk file would be attractive to a market who are already all ‘doing their own thing’ and integrating into the rigs they encounter.

So, beyond the minimum it would seem the ultimate busk file is basically the one that is optimal for you, with that rig, on that stage, with that performance. It’s helpful to look at the work of others in order to learn. Just be aware that you are probably aiming for your own ‘ultimate’ and that it is unlikely to be the best setup in all situations. The art of creating your own Steinway can probably never be replaced by the ‘ultimate’, which can only be a as a default minimum.

By the way, if you have “no idea what I’m chatting about” (as a student once said) then you might like to know that I have a few places left on the Introduction To Busking Techniques online course starting in September. I also have plans for Intermediate and Advanced courses that follows on from the Intro, plus some free busking related content coming up that is being released on the list.

Join the learn.onstagelighting.co.uk Guest List and you won’t miss any of the busking related stuff coming up.

A small side project, promoting re-use and repair of electrical and electronic items.